Form Figure Scrabble: How Bad is the “F Word”? 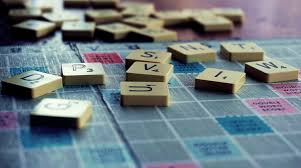 They say “you should always be prepared to forgive a horse one run”. In the betting arena many of these wisdoms are hokum, and after an examination of horses who fell last time, we find both opposing evidence to this ancient nugget.

Firstly, to those who found themselves on the floor last time, (Fell Proform form figure of “250”). Looking at Chase and Hurdle races only (jumps races only LTO), figures in 5 years from 2014-2018 shows:

Firstly, it is hard to fathom that over five thousand horses are in the five year sample but nearly 10% went on to win on the back of a fall, 25% won or placed and 21% failed to complete their next start.

Curiously the trend is stronger over hurdles than over fences, the logical assumption being that the opposite would be true, that a more adverse impact would occur on confidence over larger obstacles:

Reverting to hurdles after a spill over fences last time out does not prove fruitful over the population as a whole, winning only ~80% of what was expected by the market, and making the places just under 20% of the time. Those reverting from a chase to hurdle generally are winning 7.4% of the time, 90% of the markets’ expected win rate, in fact even winners over fences going over hurdles next time, as a group, perform below market expectations.

While also coming in well under expected winners those persisting over fences after a fall last time convert more often than those reverting. And most people of sound mind would say “if they can’t jump a hurdle how can they jump a fence” but those who fell over hurdles last time win more than expected on their subsequent runs over fences!

For the further analysis at this point the codes will be split looking at Chase races only and Chase only LTO, we will return to hurdles later.

Is it better to give a horse time after a fall? Or, pardon the horrendous pun, “get back on the horse” straight away, by that I do not mean remount but instead turn out quickly!

It appears there is little significance to be found here either way, other factors such as race fitness or an injury sustained from a fall can come into it on longer intervals between the last run. Also, as there is no practical quantitative way of capturing severity of a fall, or did the horse continue riderless, and on numbers this large determining at what fence it fell at is highly impractical.

The next hypotheses you could form is that a fall may be more likely to dent confidence of a younger more inexperienced horse. Let’s see what the record says

Fallers are more likely to be horses who have less experience, while they win more frequently than those more experienced (11.9% V 8.8%) the market also expects better of them.

In the better races where they go faster and earning ground at fences becomes increasingly important, jumping confidence bears through in the figures

Taking Class 1 Graded races then and see what is going on there.

From limited runners in Non-Handicap Graded races there have been less than half the expected winners. Of those in the Grade 1 contests outside of novice company only 2 of 23 who attempted since 2014 have won;  Cue Card, at Aintree after his Gold Cup fall in 2016, and earlier that year, Un Des Sceaux who showed no ill effects off a Leopardstown departure when winning in style in the Clarence House Chase.

Stretching this back to 2008 there is quite a quality casualty list, only all-time legend Kauto Star joins the list of those subsequently successful, that win coming in the 2010 JN Wine Chase.

So back to the smaller obstacles, we saw earlier that the last time out trend is statistically stronger over Hurdles for being below expected next time and when looking at handicap vs non-handicap there is also a major difference

As earlier we saw a quick reappearance performed better from a small sample than those who had time between runs after a fall. The profit margin due to one 33.3 winner but the strike rate and expected higher albeit from a small sample, seeing it in both codes is interesting.

In summary having fell last time in itself would put you off as to the chances of that runner and the long-term figures support that reasoning.

In the higher-class races particularly, it is of major concern!

The severity and timing of the fall surely play some part you would imagine, a second fence slither compared with a last fence crashing fall and being winded are not the same thing but over numbers this large, determining that is impossible.

Those reverting to hurdles after a challenging time with the larger obstacles while logical, it appears the first run back is not a time to find a winning bet.

It is even more a pronounced negative over hurdles to have fallen last time, especially those running in handicaps the trend is very strong and could be worth adding to your lay portfolios.