5 things you didn’t know about the Lincoln Handicap

The Lincoln is a flat handicap held in late March or early April at Doncaster, open to horses aged four years or older and raced over a distance of 1 mile.

Traditionally, the Lincoln was the feature event on the first Saturday of Britain’s turf flat racing season however, its status as the show peace flat season curtain opener has diminished over the years.

Fitness is the key to this race with the majority of contestants making their seasonal debut.

Using our horse racing software, Proform Professional, we analysed all the runners in the Lincoln since 1997 to highlight the following top 5 race trends. 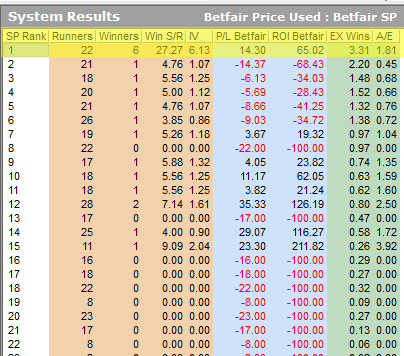 Horses that ran in a Turf race last time out have the edge over horses that ran on an All Weather surface with 13 wins from 19 renewals, £35.14 profit to a £1 stake at Betfair starting prices, 14.58% return on investment.

The other significant factor unique to this race is the draw and pace bias and we wrote about the nuances of the Doncaster 1 mile straight in this blog post.

Below is our pace map for this year’s renewal 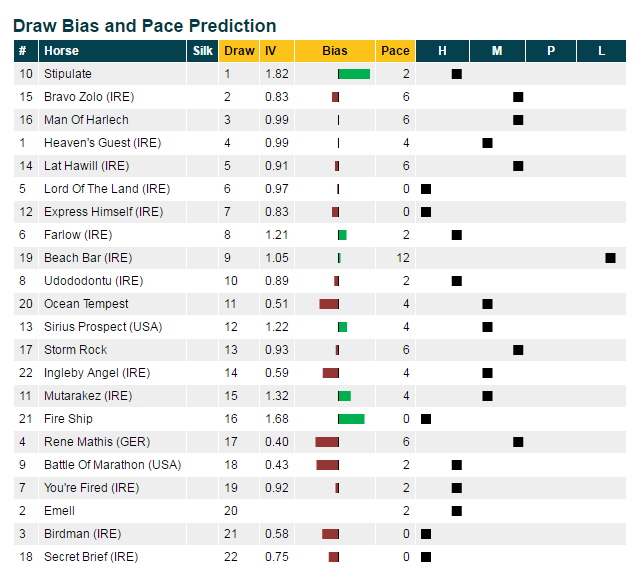 If running to expectation, Beach Bar is predicted to get an uncontested lead.

In recent years, the running of the Lincoln has unfolded up the centre of the track and our expectation given Beach Bars pace profile is that this year’s renewal will once again develop up the middle of the track.

Under this pace scenario, horses drawn on the wide extremes may find it difficult to race ‘covered up’ behind horses to ensure they distribute their energy efficiently throughout the race.

Those drawn toward the middle or either side of the predicted pace can race midfield and are well situated to put themselves into contention when the field fans out in the dash to the finish.

The wisdom of the crowd has anointed LORD OF THE LAND as the most likely winner and we are in agreement.

The ex-Andre Fabre runner was purchased by David O'meara in February of this year and is on a three timer after previous wins in two conditions events in France (6f Prix de Colombelles, 8f: Prix Guy Thibault)

Given David O'Meara’s 40% better than expected performance with horses 1st run in a Handicap further improvement is likely and it would be no surprise to see Lord of the Land progressing onto Listed/Group 3 races off the back of a win in this race.

The dangers are Your Fired, Storm Rock, Mutarakez and Udododontu and given their proximity in the betting behind Lord of the Land, in our opinion the market has the measure of this year’s Lincoln.